There’s been a lot going on in the world of board gaming. This month I’ll cover how Twitter now lets you tweet board games, a lawsuit over who owns the rights to The Game of Life and, of course, all the happenings close to home. Many exciting things have been happening locally. Read on…

Around the World of Board Gaming November 2017

NPR’s Market place does board games

NPR Marketplace had a spot about board games recently. Their November 22 broadcast had an interview with Mike Sellers, professor of game design at Indiana University.

The good professor makes a few insightful comments in the brief (six minute) interview. He said designers are tasked with making board games for vary different experiences. Some people need games they can play with children who cannot read, others want highly interactive and complex games. And people who play board games often need several of these various categories.

New games will undoubtedly go the direction of augmented reality. Augmented reality is where you play in real life but your tablet/device will allow you to interact within a virtual environment. Think Pokémon Go. This was the first example but will not be the last.

Game designers are working on other games which will use this idea. Hopefully making a more compelling game than Pokémon. With board game sales reaching a fever pitch, this seems rather likely.

On November 7th, Twitter doubled its character limits. The new limit allows you to tweet your unsupported political views in 280 characters instead of 140. While that is mildly interesting, what concerns us here is: can you play board games on Twitter now?

And the answer is yes.

People are able to play chess, Connect 4 and Go. I guess if you’re bored and have access to Twitter, you can find a game.

I imagine other games will follow these. And, God willing, more games will be possible when Twitter decides to bump their character limit to 560. Maybe then you can play Terra Mystica?

Followers of my blog know I like both board games and legal proceedings extending from them. Recently I blogged about who has the rights to Twixt? It’s only natural to bring up the same topic as it applies to a household name like The Game of Life.

In 1860, Milton Bradley himself created The Checkered Game of Life. He was inspired by European board games of the day. He applied what he learned and put a game on a checker board. When you moved onto a white space, something good happened to you. When you moved onto a black space, something bad happened. From this game was inspired the modern Game of Life.

The estate of Bill Markham is suing for lost royalties. The estate, led by his widow, Lorraine Markham, claim Markham made the game but was never given proper credit for it–not in 1960 nor anytime since.

Hasbro, the current owner of the entity, along with collaborator Reuben Klamer, argue otherwise. The defense argues Bill Markham was a hired gun. He was hired to make a prototype and paid for his work. The prototype underwent substantial revisions before it was released to the public.

The pre-trial hearings have begun the week before Thanksgiving. The judge is allowing a partial bench trial due to the age of the participants. I’ll keep you posted about any changes to this as they arise.

Our staff* did some Christmas decorating. The Gaming Annex has its first ever Christmas tree. The walls are covered in holiday cheer. The place is actually looking respectable. The staff also did some rearranging. Our space utilization has improved markedly. So if you see our staff, be sure to give our gratitude.

We also got some new business cards. The old ones were, well, old. They had our old address on them. I opted for a new design altogether. First: we needed a logo. The logo was added to the front along with our pertinent contact information. I also wanted a catchy back side. I decided on a Catan and Magic: the Gathering design, not because we play these games often but because these games are so common, it could draw people to us. You can stop by and get some cards (and check out the Xmas decorations) anytime.

Out of the Box had their Black Friday sale last week. Like previous years, there was a line in front of the store before 6am. And like previous years, there was some great deals to be had. I picked up Legacy of Dragonholt because Nick Sima was yearning for it. Viticulture was on sale for 60% off. But the game I was most interested in was War of Kings. Long time readers may recall my excitement about this game’s upcoming release. Well, the release is finally here. Now I have to get this game into [name redacted]’s hands so [pronoun redacted] can read the rules.

Last, but definitely not least: Griffin’s Rest (finally) opened their doors. Their first day of operation was on Black Friday, a test by fire as Kiel put it. The store was well attended by the gaming community. Many in our little club were able to make it there for their inaugural day. All of us were impressed.

The store had a nice collection of gaming titles. But the full inventory build out has not yet happened. Kiel said the next wave of inventory was arriving imminently. They have many of the games our group would play like Star Wars Imperial Assault and Betrayal at House on the Hill. They also had some department store games at the front such as Operation and Monopoly.

But the most impressive part of the store was their upstairs play area. The upstairs has several public tables, several televisions, a separate restroom and one private game room. The televisions were playing Dice Tower reviews but could be turned to a gaming instruction video. The private room was available for rent. The public tables are free. Some people were playing X-Wing fighter. People at another table were playing Runebound.

I wish Griffin’s Rest all the luck in their new enterprise. And as a bonus: Kiel wants to work with us to do some joint events. I do believe this is the start of a beautiful relationship.

Want to know more about the Muskegon Area Gamers? 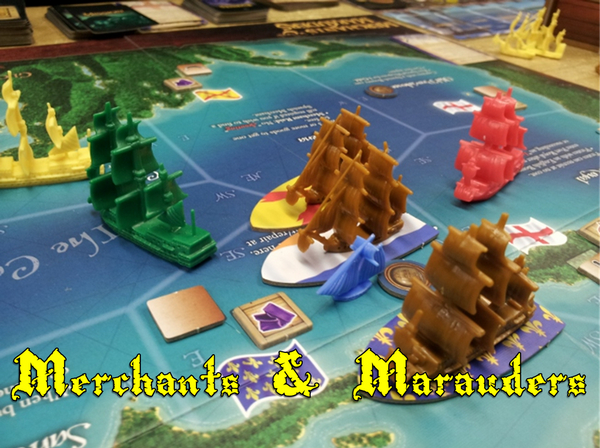 Ave Jon, our Counsel for Tuesday